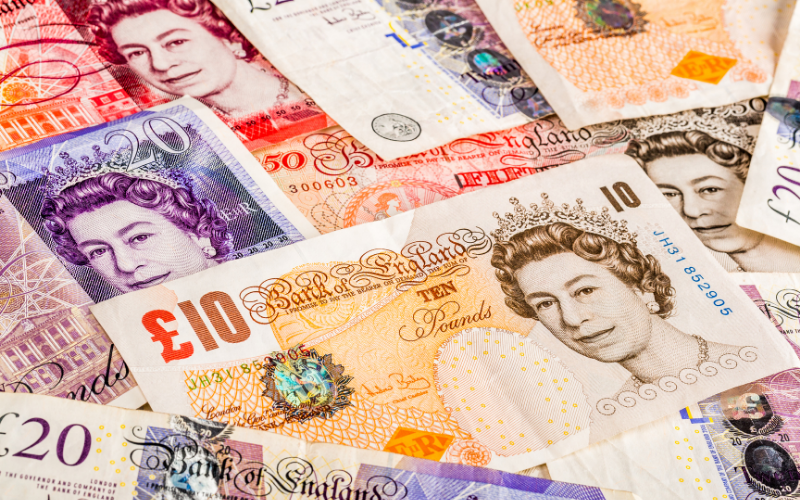 Today, personal lending in the UK has grown to become an industry approaching 24 billion GBP, with recent acceleration due to widespread financial uncertainty and hardship in the wake of the COVID-19 pandemic.

The company’s IT department, led by Head of IT Tony Sheehan, experienced the tangible impact of this market growth as more and more customers walked through the doors of Everyday Loans’ many branches, and as the company increased its employee headcount in response to demand.

With more guests and customers on-site as well as a growing workforce, Sheehan and his team began to assess potential cybersecurity vulnerabilities – beginning with the corporate network.

Sheehan describes the company’s initial network security vulnerabilities: “We have a presence online, but we’re predominantly a face-to-face lender. We have over 75 offices with many new and repeat customers coming in to discuss a loan, as well as part-time staff for cleaning, security and maintenance. As a result, we knew network authentication was an obvious vulnerability.”

Implementing a solution for network authentication was a logical next step for Sheehan’s IT team. Given the increased branch foot traffic, the company needed to ensure it had total device awareness across the network. “This was a concern voiced to our new CTO when he came on board. He agreed, so we went about looking at different tools for network authentication and access control,” said Sheehan.

Another factor driving a focus on NAC was staff turnover. “Like every company, we have staff that leave us, and we need to ensure they can no longer access our network after they’ve departed,” said Sheehan. At that point in time, Everyday Loans knew that it’s usage of a hidden SSID paired with a PSK was not up to snuff from a security standpoint. As Sheehan and his team began to research potential solutions for network authentication and access control, two requirements became apparent:

Sheehan and his team found themselves at a crossroads as they mulled over these requirements. “We were either going to double down and stand-up another datacenter as part of a general infrastructure expansion initiative which would also enable us to deploy network access control on-premises, or we were going to go out and find a cloud-native NAC solution that fit our needs,” Sheehan said.

Portnox CLEAR was the only true cloud-native NAC we could find with the deployment and support model we wanted.

-Tony Sheehan, Head of IT at Everyday Loans

Having considered Microsoft NPS for RADIUS authentication and 802.1X, and Cisco ISE for full network access control, Sheehan and Everyday Loans’ IT team made the executive decision that neither tool was suited to their existing network security needs, internal skillsets, resource bandwidth or networking infrastructure. “We came across Portnox CLEAR fairly quickly thanks to the help of our partner, Haptic Networks,” Sheehan continued. “It was the only true cloud–native NAC we could find with the deployment and support model we wanted. Each of the other vendors had some solutions that were close in functionality, but in the end, they didn’t cover our needs totally – either functionally or operationally in terms of their ease-of-use. Ultimately, we went with Portnox CLEAR since it provided coverage across all our network devices and connected endpoints.”

Up & Running with Portnox CLEAR

After beginning a proof of concept of Portnox’s cloud-native NAC-as-a-Service, Everyday Loans ruled out competing alternatives. “It worked as expected. After comparing Portnox CLEAR’s robust, easy-to-use functionality to that of the other vendors up for consideration, we soon dismissed alternatives as they did not meet our technical security requirements,” Sheehan said.

The trial continued and Sheehan’s team threw every possible authentication and access control use case they could conjure up at the system to test its durability.

“Anyone with good network experience will pick up Portnox CLEAR with ease – it’s just a case of ensuring how you setup the network hardware and what control you have over employee and guest devices,” Sheehan went on to say.

Anyone with good network experience will pick up Portnox CLEAR with ease – it’s just a case of ensuring how you setup the network hardware and what control you have over employee and guest device.

-Tony Sheehan, Head of IT at Everyday Loans

Everyday Loans was able to deploy Portnox CLEAR across its 75 sites with relative ease, saving the company’s headquarters for last. “Portnox CLEAR has exceeded my expectations. Now that it is fully deployed, the visibility and control we have of users authenticating to the network is unparalleled,” Sheehan concluded.

“It is a huge bonus that the system easily integrates with Azure Active Directory and provides its own certificate authority out-of-the-box. Having multiple methods for authentications helps us ensure all our bases are covered. The solution has been reliable from day one.”